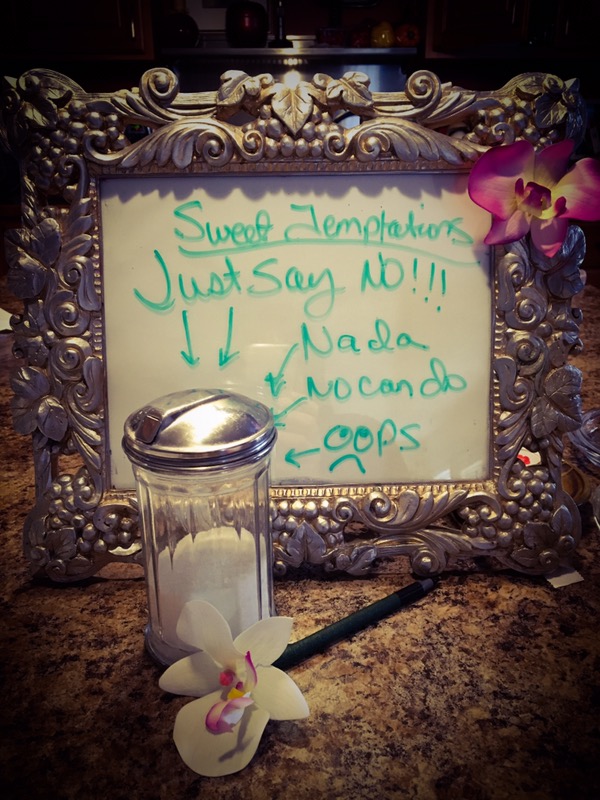 It is hard for me to comprehend that I only have four days left for My January Rest!

This post focuses predominantly on cheats and temptations that surfaced because of My January Rest. But before we get into them, several posts ago I promised to share why I decided to permit coffee outings this MJR. That was a huge change for me this year. Last year this was what I wrote:

I will not go out for coffee: I have a big balance on Starbucks and I have several free ones from Coffee Hound. I could go out every week for coffee and that would be no different than my current pattern. I choose to take a break. My choice will be to meet at a home or my studio when I need to meet with someone, instead of going out to a coffee shop.

What I found out, was that going out for coffee was relaxing for me, and especially going to write. So, when I chose not to got out for coffee last year, it was actually a negative for my rest, although it did force me to deal with my appetite. I used my gift cards for only coffee with cream. I went to read, write, and made some connections. I am still pondering what is best for My Rest. So, no cheat here, but I am sure that will be one of my reflections on my MJR Recap.

Generally, I play zero games on my phone: I am not a game player by nature. However over Christmas break, I picked up playing Boggle and word games. Harmless, but I played a lot! I played when I was bored, and I played when I wanted to see if I could do better—of course! That’s not a bad thing: I learned lots of new words, but it is the time and the attention-sucking vortex that I am choosing to avoid. A few years back, it was Candy Crush. I gave it up for MJR, and never picked it back up. This year, when MJR began, I deleted all the word games from my phone. Temptation avoided. I am back to zero games. End of story.

Now for the confessions: I chose to rest from sugar this month. I disclosed that I had three small samples of honey that I planned on using up, but after using honey a couple of times, I realized that I could easily start to use it as a substitute for sugar. Or make a simple corn muffin into heavenly manna—and that is cheating! One time I was so close to using honey in my coffee. There isn’t much left in the jar; I was going to put hot coffee in it to rinse it out. I walked away and decided no more honey: so it sits in the cupboard, waiting for February. Honey was a sweet temptation!

And although I hate artificial sweeteners in general, once I did try a sprinkle in my coffee. That was a blatant cheat, and I am glad it didn’t taste good! It wasn’t sugar, but the point of no sugar is to tame my appetite for sweets, and eat my fruits.

Another could be cheat, GF graham crackers. I found a box with two lonely crackers. They were lightly sweet. They are also are a cracker, so are they a cheat, or not? They had been in there awhile, and I wanted to rid the space of the box. Yup, we’ll go with that.

Tony bought me Aldi roses. I accused him of cheating. He said that was not cheating…”They are fresh.” Ok. Plus, he never signed on the line for MJR, but he generally supports me by not shopping.

I love how he prepares them in six vases, then instructs me to distribute them around the house, so that I can enjoy them everywhere I go. They—and he—brings me joy! And, I did catch him in a cheat, and he confessed. When I got out of the van, I noticed a bag of almonds on the bag of GF carmel corn on the shelf in the garage. While we store several household items in the garage, almonds have never been one of them. When I inquired, he said, “Yah, I forgot.” And I guess he thought I wouldn’t find out if he hid them in the garage. It made me laugh. They are still there because I have a lot of walnuts to consume first. Ask me why the delicious, homemade caramel corn is in the garage? I’m hiding it, because I want it! It’s the biggest temptation of all—I’m hoping it is still there in February!

I had a large bag of dried fruit and nuts that I chose to stop eating.  While I planned on eating the fruit and nut mix (fruit and nuts both ok on my MJR), it was becoming a substitute for sugar. Unfortunately, I ate the pineapple during a sorting process. It was too much of a temptation, and it wasn’t technically sugar, technically it was fruit. I’ll share how this unfortunate cheat happened on my MJR Fixes and Flops post. Two thirds of  the MJR fix was successful, but eating the pineapple was an MJR failure. Boo—when I looked at the ingredient list, the pineapple had sugar on the ingredient list too—as if pineapple isn’t sweet enough already!

Generally I eat organic eggs that are free range and non-GMO. It is the one food that I know is super good quality: I know this because I am good friends with the hens’ momma. She takes good care of them. The plan was that after running out of my lovely brown eggs, I would eat some of two dozen white ones sitting around in the refrigerator (that I keep for baking) and not purchase my preferred eggs in January. Guess what? I ran into the hens’ momma, who was in town, with too many eggs! She came up to my car and asked me if I needed any. “I do, but…but…but…” They were in her car, ready to transfer to mine. What is a friend to do? Friends help friends, and don’t let MJR become the law. She kindly said I could pay her in February. Kind, but since that was only a technicality, check went in the mail. I’ll use white eggs for the next four days and be grateful, that I already have my lovely brown eggs for February!

Another averted temptation was the thought of asking Mr. to buy something online that I needed: this month. I have a reward that will expire the same time MJR does. What to do? I might give him the credit, and let him get something needed, but not for me.

The draw to shop can be so strong: the autopilot thoughts were rampant when I started MJR. They are less so three weeks into January. That is a one of the main points of MJR; to break the automatic responses to what I want. And breaking the desire to eat sweets has been a real difficult one! I think I was brave to go sugar free for a month. I have had dried fruit, GF graham crackers, and corn muffins, but more than that, I have stayed the course as I’ve wrestled with my flesh over getting what I want—sweets.

For me, this isn’t about a score card. It isn’t about winning or losing. It is about getting to the heart of my desires, and refocusing my appetite, replenishing my budget and re-establishing my margins. By giving up, that is resting from certain things, I get more of what I truly desire in my life, instead of compulsively being a slave to them.

What have you wrestled with? Have you rested from certain things for a season? What was the outcome?

Much like the Psalmists, I struggle with trying to make sense of the hard things in life. Where once inclined to hide, stepping out into the light has left me uncovered. Writing takes the fuzzy, nebulous feelings and harnesses them into thoughts I can better process. I desire my words to be tasty bites of refreshment for your day.
%d bloggers like this: